Clinical studies on selank show its potential for treating anxiety disorders. At Paradigm Peptides, certified, high quality selank for sale comes in 10mg vials. It is able to improve memory, sensory attention and learning functions as well as balance overall brain activity. Research reports have also found that selank has the ability to restore adrenaline, norepinephrine, and dopamine functions for those that experienced damage from drug use.

Selank from Paradigm Peptides comes in a 10 mg vial. It is a white lyophilized powder meant for studies and research purposes. This peptide is an artificial version of a natural tetrapeptide, called tuftsin, that’s already found in the human body. Since tuftsin deficiency can increase susceptibility to certain diseases, finding a replacement that can produce similar desirable effects can help prevent ailments like infected eczematous dermatitis.

Selank – What You Need to Know

Selank was developed by the Institute of Genetics of the Russian Academy of Science. It is considered a nootropic as well as a peptide because of its anxiolytic and nootropic tendencies. Its most common uses include the treatment of anxiety, the immune system, and memory related functions.

The Russian Academy of Science was able to combine tuftsin, a naturally occurring immunomodulatory peptide, with a stabilizing compound. In doing so, they essentially created a synthetic variation of this peptide that has a greater half life than its predecessor as well as improved metabolic stability. 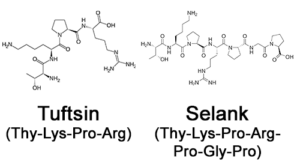 Image: Side by side of tuftsin (naturally produced by the body) and selank (synthetic version of tuftsin).

For the purpose of testing the abilities of selank to reduce stress, male wistar rats with an average weight of 400g were used in the noted clinical trial. In this trial, the anxiolytic activity of both selank and diazepam were tested against a lack of stressors and unpredictable chronic mild stress. The final data obtained from this particular trial concluded that selank was the most effective in “reducing anxiety in unpredictable chronic mild stress conditions”[1].

A clinical trial on outbred rats receiving only 10% ethanol as their only source of fluid was used in an effort to analyze the effects of selank on memory impairment. The rats that received the selank treatments of 0.3mg/kg per day for 7 days intraperitoneally “produced a cognitive-stimulating effect in 9 months rats not exposed to ethanol and prevented the formation of ethanol-induced memory and attention disturbances developing during alcohol withdrawal”[2]. The results from this specific clinical trial published in 2019 indicates selank has positive effects on age-related memory.

There are two ways to administer selank. One way is through the use of nasal spray. In this form, you would use a single spray per nostril each day. So how much selank do you need for an entire month? A spray with 3mL would be just fine.

The second way to administer selank is through the use of reconstituted powder form. As a general rule of thumb, when a peptide comes to you as a lyophilized powder, you’ll need to reconstitute it into liquid form using either bacteriostatic water or sterile water. Once reconstituted, the most common dose per day is 0.1mL. You’ll need to inject selank subcutaneously into fatty tissue for best results.

While there are no recorded side effects from selank usage in research and studies, there is some anecdotal evidence that suggests using too much can cause fatigue. It has been tested at 500 times higher than normal levels, and due to a very low toxicity profile, is found to be essentially “side effect free”.

Disclaimer: The selank currently listed on this site is sold for research use only. Not for human consumption. This product is not a drug, supplement, food or cosmetic and it may not be misused, sold, labeled or branded as such. These products are not intended to diagnose, treat, or cure any condition or disease. 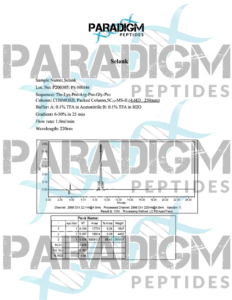 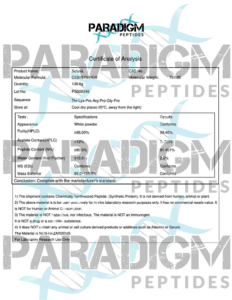