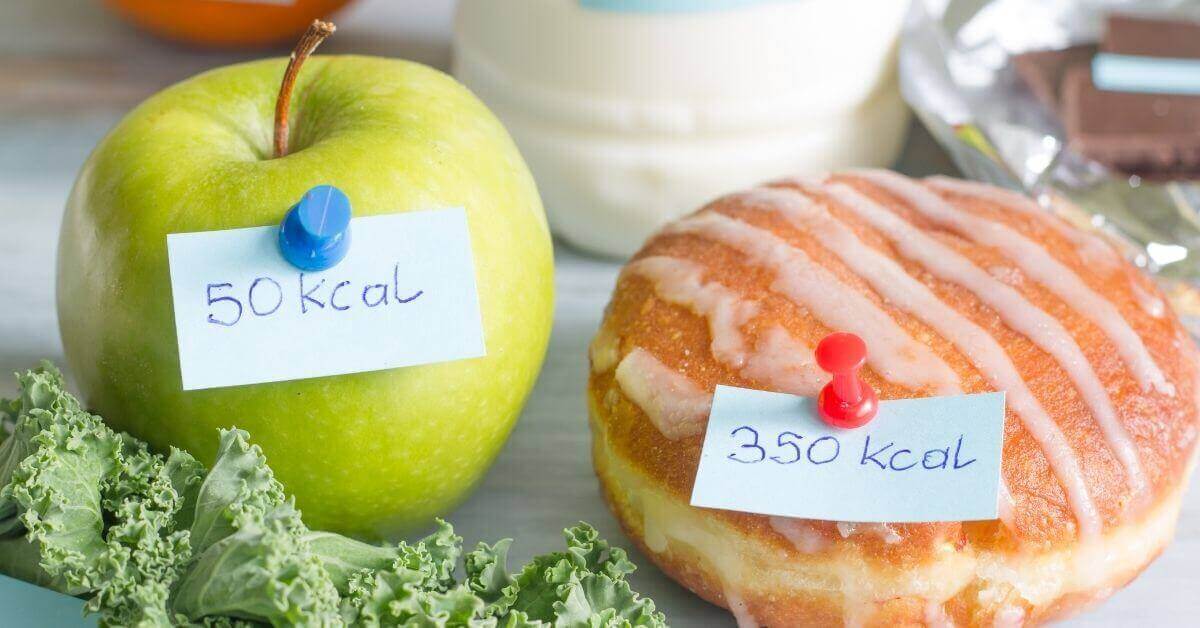 In a world of diet culture two variations of diets tend to compete the most. Those two are the world of calorie counting and the world of tracking macros. Both are similar in that you’re numerically keeping track of the food you consume. The largest difference comes in the form of what the numbers mean. So let’s break each type down and compare the pros and cons so you can choose the best one for yourself.

Calories are in the food we eat, and they’re what produces energy. This energy is primarily made of heat and is used by our body’s to properly function. So, what does that mean for us? It means that we need to eat a certain amount of calories to sustain ourselves. The problem lies in the fact that if we end up eating too many calories, we end up gaining weight. But that isn’t the only problem either. Not all calories are created equal.

For example, you can eat yourself a Snickers candy bar and essentially eat 215 calories of sugary goodness. Or the healthier more sustainable choice would be to eat an avocado which is a few more calories at 234. The big difference is that your body will end up burning off the candy bar way faster and you’ll feel hungry. Whereas, if you were to eat an avocado, which is high in fiber and fat, it will make you feel full for much longer.

The hardest thing for most individuals to work through is that just because you’re hitting your calorie count doesn’t mean you’re consuming the right calories for nutritional purposes. These forms of nutrient rich calories are considered “nutrient-dense”. The example of the avocado previously mentioned is considered one of these “nutrient-dense” foods. However, there are other foods that are lacking in nutrients. These are the calories considered empty calories and are “energy-dense”. These kinds of foods such as the Snickers candy bar are full of energy but oftentimes are lacking the necessary nutrients.

How Many Calories Do You Need?

Of course, another thing to think about is the fact that when calorie counting. You need to know the amount of calories your body needs in order to correctly function. This involves a two step process in which you calculate your basal metabolic rate and then multiply that by the number associated with your daily activity level. That will give you your basic caloric need for your specific case. Now, if math isn’t your thing you can just base your caloric intake off of the recommended values. For women this intake is 2,000 calories and for men it’s 2,500.

Now, besides knowing your necessary caloric intake, you’ll also have to do some math around the foods you’re eating. This is made easier through various apps. However, if you want to do your own math you’ll have to look up the amount of calories in each ingredient you use. For example, if you’re cooking a 4 oz sirloin steak. You’ll have to consider the amount of calories in just the meat. Which is around 228 calories. Then you’ll need to think about your seasonings. If you’re using regular spices then in most cases there won’t be many if any calories added to your food.

Now, if calorie counting isn’t for you then you may want to try counting macronutrients. But what does that involve? Let’s take a look.

So, there are micro- and macronutrients that our bodies need to properly function throughout the day. Both of which can be consumed through the foods we’re eating. In recent years there has been an increase in people keeping track of their macros as a way to lose, maintain, or even gain weight. Macros come in the form of fats, carbohydrates, and proteins. They’re considered macros because they’re nutrients that your body needs much more of than the micronutrients.

In a general sense, most people need around 45 to 65% of their daily intake to be carbohydrates, 20 to 35% should come from fats and 10 to 35% from protein. So how can you calculate this? Well, it comes back to your calories and how they break down into the different macros. For example, a single gram of carbs ends up being around 4 calories per gram which is the same for protein. However, fats end up being around 9 calories per gram.

WIth those numbers in mind let’s say you currently weigh 175lbs (79kg) and want to lose enough weight to be at around 130lbs (59kg) instead. For this to happen you need to do two things. First, create a caloric deficit. In this case, if you’re an active person your caloric intake would be around 1,940 calories.

Now say we use a ratio of 50% for your carbohydrates, 30% for fats, and 20% for protein. This would mean that to fully achieve your goal you would need 242 grams of carbs, 65 grams of fats, and 97 grams of protein to be considered in ratio for your macronutrients. This means 968 of your calories would need to come from carbs, 585 would come from fats, and 388 would come from protein. Both variations of calorie counting versus macro tracking end up being relatively complicated. So, which one should you try if you’re new to the whole process?

Of the two, if you’re new to the idea of calorie counting and macro tracking. It’s actually best to start with calorie counting and work your way into macro tracking. This is because through calorie counting you learn what macros you’re actually getting. That being said, there’s a chance that you could do both at the same time. However, this will no doubt end up needing some form of tracker to do so.
If you’re still unsure of the differences between counting calories and macros, click here for more information on the types of macros and how to work with them.