Plyometrics: An Explosive Way to Train 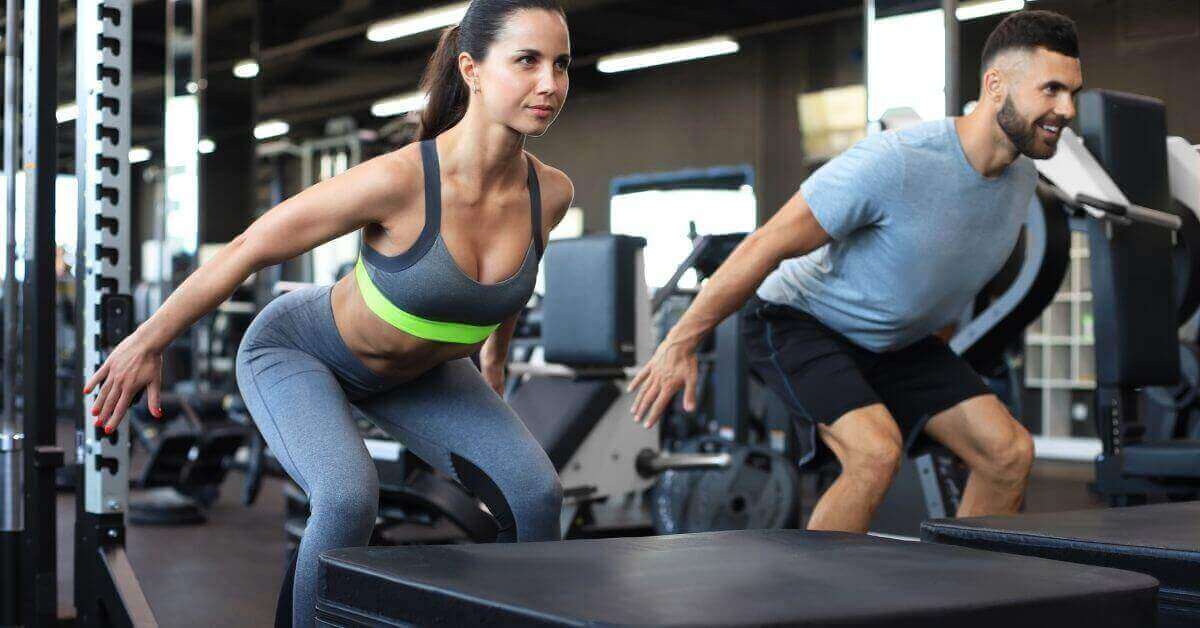 Believe it or not, plyometrics is not a type of exercise that is complicated. It’s basically a form of exercise in which you apply both speed and force for different movements. This helps you build strength and boosts the power your muscles hold.

In the most basic sense, you’ve probably done some variation of plyometrics. For example, pushups and even running can be considered a plyometric exercise. And most athletes that are coming onto the scene these days are actually using plyometrics as a way to improve their performance during their given season.

But you don’t have to be a professional athlete to do the different exercises characterized as plyometrics. Believe it or not, even some physical therapists use some of these exercises as a way to help those that have been injured to get back on track. You’re probably thinking, well I’m not injured so how could plyometrics do anything for me?

The truth is, plyometrics can give you an edge. The cool thing is, you can go completely into plyometrics and create a full workout with it. Or you can intersperse different exercises into your existing workout routine. Either way you’ll experience a new kind of fitness that you haven’t before. But first, let’s learn exactly what plyometrics does that will benefit you.

To understand how plyometrics work, you’ll first have to journey back in time. Not physically of course, because that’s still virtually impossible. I’m referring more to thinking back to when you were in your youth and at a playground. Have you ever played “the floor is lava” and have to jump from one playground piece to the other without touching the sand or wood pellets that surrounded the equipment? These kinds of games and movement can actually fall under the umbrella of plyometrics.

Something important to remember is that you will not want to do plyometrics on a daily basis. This is because your body will need down time because of the various movements involved. You’re effectively stretching and contracting your different muscle groups. So, while it is essential in gaining muscle those muscles still need time to recuperate and heal.

What Can I Work with Plyometrics?

While most workouts in today’s society tend to do everything for every part of your body, plyometrics work differently. For one, the intensity is relatively high and you’re working to add endurance and strength to muscle groups. However, not all parts of your body are typically worked through these exercises. The two primary areas that these exercises work are your legs and your glutes. This is because of the amount of jumping you’d be doing with this particular form of exercise. Granted the rest of your body from your core to your arms may get a bit of work. However, the exercises don’t specifically cater to them.

When characterizing the type of exercise you’ll be doing if you decide to workout using plyometrics, it’s actually quite simple. It’s a combination of flexibility work and strength training. And it is not for the faint of heart either. Plyometrics is a high-impact kind of exercise that can put stress on joints and muscle. So if you’re prone to injury or have bad knees for example, you may want to consider another form of exercise.

Is Plyometrics for Everyone?

The short answer is no. This is because of the amount of intense work involved around the explosive movements common to this particular style of exercise. If you’re not in the best of shape or you have a bum knee or ankle. Perhaps working on knee and ankle strengthening first and building the strength there would do you good. Primarily through lower impact work.

Now, if you aren’t someone who is new to the realm of exercise or you’re just stubborn and want to try anyways there are many ways to do plyometric exercises. And they are not subject to strictly working in a gym environment. In fact, you can do them at home and even outside. Just make sure if you do decide to complete the workout outside that you have something of a softer surface to land on when jumping.

You may have actually seen some variations of plyometrics. The most popular being the use of the box jump. This is where you have a literal box in front of you at various heights. That you jump up onto and then jump back down. Making sure to properly land.

Another variation may be a jump squat. This is where you would complete a regular squat. However, on the return to stand, instead of standing straight up, you would include a jump with it.

If neither of these exercises sounds fun nor alluring then perhaps start with jump rope. This is self explanatory. You’re literally going to use a jump rope and in the process you’ll develop speed and agility in your footwork.

How to Handle Injury from Plyometrics

Now, in some cases you will still no doubt fumble and end up with an injury of some form. The most common way to reduce problems with said injury is to use the process of R.I.C.E. in which you would essentially elevate the area of injury and rest. Then you would apply ice and use compression to keep the injured area from swelling too much. Then, once your injury is under control, you can use BPC-157 to reduce your recovery time so you can get back to your plyometrics that much faster. You can buy yours here.