Spicing Up Your Food: How Spices Contribute to Your Heart Health | Paradigm Peptides Skip to content

Spicing Up Your Food: How Spices Contribute to Your Heart Health 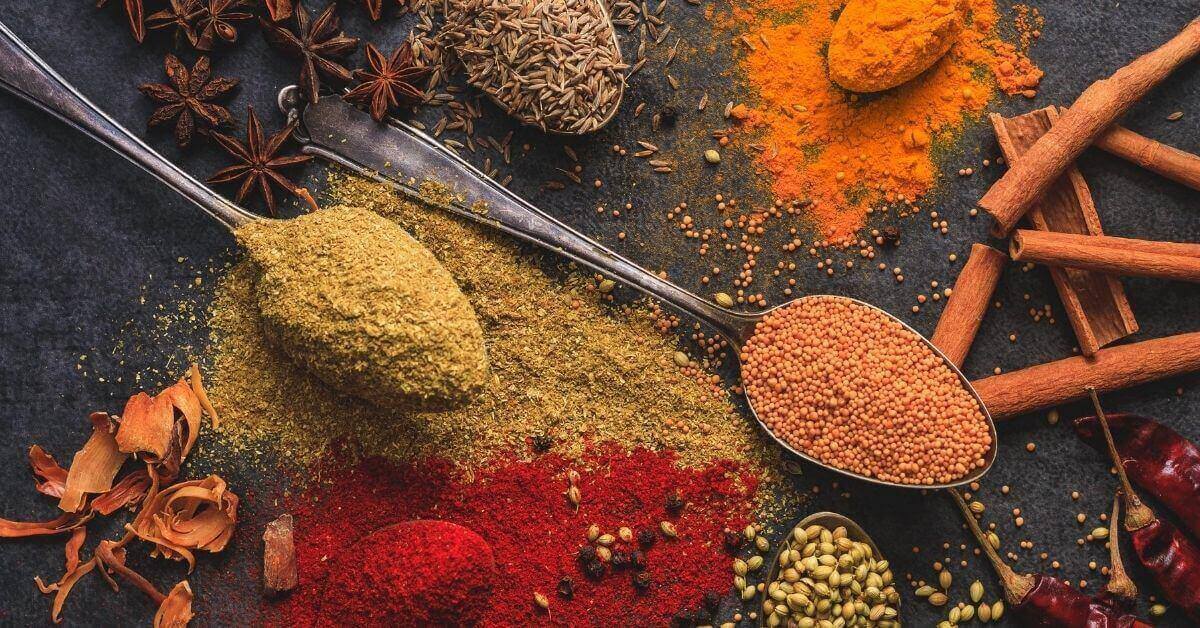 Heart health is coming to the forefront of both health officials as well as the average Joe. This is because so many people are realizing that while our bodies are evolving and changing, our hearts may need some help to keep up. That’s where things like spices come into play. Some spices are more common than others. However, using the five listed below can significantly help when it comes to heart health.

While there are millions of different spices used in all kinds of ways, there are five that contribute most to our heart health. Those spices include garlic, cinnamon, curry, ginger, and cayenne pepper. While they are great for heart health, you’ll still want to use them in moderation so as not to overdo it and end up being tired of them.

Garlic is an herb related to onions, shallots, leaks, and chives which are all essentially in the onion family. It originates from Central Asia and Iran. However, with the advent of trade over several thousand years has become a staple in many households across the world. In ancient Egypt, garlic was used not only as a flavoring for common dishes but also as a medicine. But why use it as a medicine? What benefits does it offer in relation to heart health?

Over short term use, garlic tends to lower blood pressure and improves an individual’s cholesterol levels. In doing so, it is often believed that garlic is able to lower a person’s risk of heart related diseases.

One of the best things about garlic is that whether you’re eating it for heart health or just because you love it, it goes on pretty much anything. This means, streamed vegetables, meats, fish, and even grains such as bread.

Fun fact about cinnamon is that there are several variations of it. However, the most common variations used in our foods today come from ceylon and cassia. The spice itself comes from the inner bark of a cinnamon tree. It’s another source of spices that is able to help heart health through the reduction of bad cholesterol. However, it’s also able to reduce inflammation.

In most cases, cinnamon is a very stringently used spice because of its ability to overpower other flavors. However, it’s most commonly used in teas, coffees, and oatmeal. Even still, it can be used to create a savory salmon dish or be used to enhance other flavors used in meats. The key is moderation.

Of all the spices, curry is a fan favorite. Originating in India, this spice includes several other spices to make it what it is. In most curry powders, you’ll have your basics of garlic, ginger, and turmeric. It has been used by the Indian culture for over 4,000 years.

In other variations of the spice, you can also find things like cinnamon and black pepper in it as well. It would depend on where you get it or if you make the mixture on your own.

The great thing about curry and heart health is that the different spices used to make it all have some variation of anti-inflammatory or anti-bacterial properties. It is noted that by reducing or easing chronic inflammation with the use of curry can help in the avoidance of heart disease.

Because curry contains much of the same ingredients that are used in common dishes, it is another versatile spice. It can be used in everything from sauces and salads to soups, meat seasonings, and rice.

Ginger is actually a flowering plant in which the root is used as a spice or for medicinal purposes. It’s in the same family of herbs as turmeric and cardamom and originates from Southeast Asia. Ginger was actually one of the first spices to be exported from Asia and used by Europeans.

For those looking for it’s heart health benefits, it is able to help reduce the risk of things like blocked arteries which commonly results in things like heart attack.

Believe it or not, ginger is actually one of the more common herbs found in foods and drinks today. That is, it can be found in everything from candy to alcoholic drinks. But what is it best in? It’s more common uses include marinades, soups, and meat seasoning. It is mainly used in moderation because it is yet another spice that has an ability to overpower other tastes.

Last but not least, cayenne pepper for heart health. If you’re one who loves spicy food then cayenne may be for you. It is considered a moderately hot chili pepper and can often be found dried, ground, or fresh depending on where you’re located. It’s most notable feature of promoting heart health is its ability to clear arteries and prevent blood clots from forming. This is a pretty straight forward way to prevent heart disease and heart attacks.

Again, like many of the other spices, cayenne pepper can be used in various dishes. It’s most commonly found in things like salads, fish and meat marinades, and even can be found in some rice dishes.

Now, if you’re not one for spicing up your foods and would rather just add a supplement to your daily ritual instead. Then we have some good news for you. You can gain some heart health benefits from the use of various peptides. One such peptide is hexarelin. In studies it has shown an affinity for reversing heart disease as well as damage to tissue found in the heart. You can get yours here.

As with most things, finding the right peptide manufacturer is much like finding the right gym. You need to do some research and get to know the company. Let us introduce ourselves. We are Paradigm Peptides and are located in the Midwestern United States. We pride ourselves on our ability to create high quality products whether that means peptides, SARMs, or other research related chemicals. Want to learn more about us? Click here now!