Cryotherapy and Recovery: Brilliant or Bust? 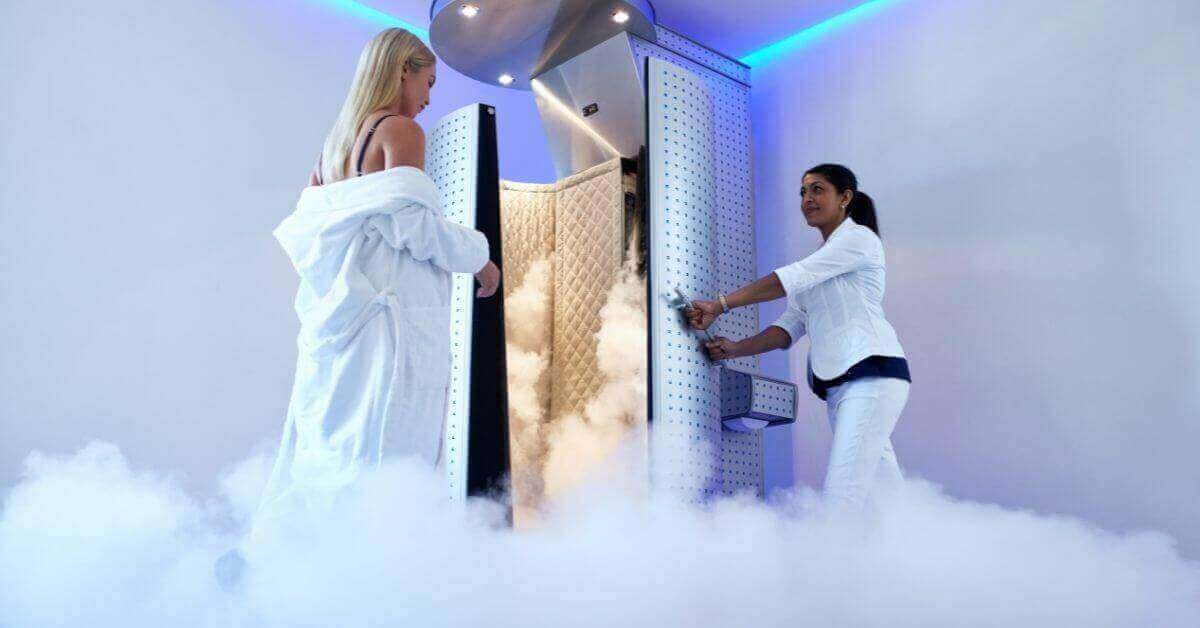 While cryotherapy has been used for quite some time at varying degrees, it is only now becoming more and more popular. Why? Because athletes, influencers, and other famous individuals are raving about its benefits. But what is cryotherapy and can it really benefit you? Let’s take a look.

Generally speaking, cryotherapy or cold therapy is the use of low temperatures as a form of therapy medically or otherwise. It’s most common use is in the treatment of various skin conditions. However, more and more it is becoming popular in the mainstream for a variety of other benefits that it offers.

But before we get too far ahead of ourselves. Let’s learn a bit more on what cryotherapy is shall we. As mentioned above, cryotherapy is a type of therapy that uses cold temperatures in order to treat the body. It’s administered through a variety of ways. This can be through things like an ice bath, ice packs, or even through a chamber. Most of the time it depends on the intended use on how it is administered.

In whole body cryotherapy, the entire body except for the head is immersed in cool air that ranges in temperatures from 200 to 300 negative fahrenheit. That’s between 128 and 184 degrees negative celsius for all of those that use the metric system.

Now I know what you’re thinking. Can’t you suffer from hypothermia or something by subjecting the body to those temperatures. In truth, your body is not immersed in the temperature for long. The time spent using cryotherapy is typically between 2 and 5 minutes.

The nice thing is that even with one session, you can actually reap some of the benefits associated with cryotherapy. However, in most cases regular use makes it more effective.

There is no real set way to partake in cryotherapy. Some individuals go twice daily while others go one a month. It really depends on your personal preference and what you’re using it to treat.

But how can you benefit from literally freezing your body for a few minutes? There are several things it can help with. As previously mentioned, it helps with skin conditions such as atopic dermatitis. What’s that? It’s a skin condition in which you experience extremely dry and itchy skin. Cryotherapy helps by improving the levels of antioxidants in your blood.

Okay, but what if you don’t have a skin condition? Well, if that’s the case, then you can basically think of cryotherapy as a giant ice pack that you wrap around your body. What do ice packs do? They reduce inflammation and swelling which then reduces pain and discomfort. For that reason, it is believed to help with pain commonly associated with arthritis. However, athletes don’t necessarily use it for that particular reason.

In most cases, athletes tend to use it as a way to relieve muscle pain as well as pain commonly associated with sprains or other soft tissue injuries. By using cryotherapy to do so, often athletes are able to recover faster whether from injury or a workout.

While cryotherapy is fairly beneficial in treating several areas of health, their are some risks and possible side effects to keep an eye out for. The main side effects include redness, tingling or numbness as well as irritated skin. In most cases these side effects go away on their own. However, if they don’t fix themselves then you’ll want to make an appointment with your doctor.

Something else to take note of is that you’ll only want to take part in the therapy for the recommended stints of time. In other words, when using whole body cryotherapy you won’t want to go more than 5 minutes. While use of an ice pack shouldn’t exceed more than 20 minutes at a time.

One last thing to mention is that if you have diabetes or other conditions in which nerves can be affected then cryotherapy is not recommended. It has the potential to further damage nerves in that particular case.

So what can you do if you’re someone that deals with pain or injury but can’t use cryotherapy? In that particular case, peptides may be the answer. Why peptides? Peptides naturally are created within the body. However, as we age they tend to be made less and less. Meaning that we start to lose our abilities to heal quickly among other things. In order to combat that, synthetic peptides can be used.

In the case of injury and recovery, TB500 or BPC 157 are the two most common. This is because they are able to promote faster recovery so you can get back to doing you. Find more information on these two peptides here.

But where can you even get peptides anyway?

When typing BPC 157 or even TB500 for sale into Google, dozens of results populate. So how do you know what places are legitimate? Let us help you out, Paradigm Peptides is a peptide, research chemical, and SARM manufacturer located in the Midwestern United States. We pride ourselves on having top quality products that are stringently tested prior to becoming available to the public. Want to give us a try? Click here for more information and to start your order process now.