The Art of Calisthenics: Why You Shouldn’t Discount the Basics | Paradigm Peptides Skip to content

The Art of Calisthenics: Why You Shouldn’t Discount the Basics 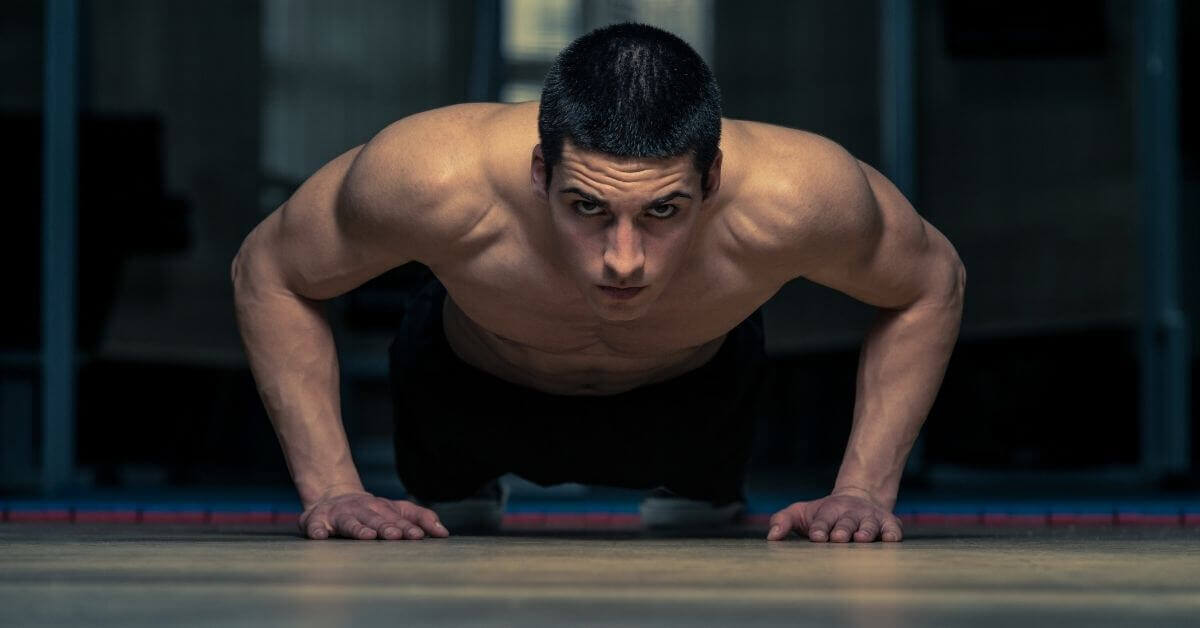 Calisthenics is a form of strength training that uses body weight instead of weights to improve muscle groups. It primarily focuses on movements that work larger muscle groups. What does that mean exactly? Think standing, pushing, and even grasping i.e.; gross motor skills.

What’s the reason for performing calisthenic movements? The primary reason is to improve overall flexibility as well as increase strength. In doing the movements, there are two things to consider. The first is, are you doing the movements in a uniform rhythmic pattern? Why does it need to be uniform? Because you’re then focused on the task at hand and are working to focus more on form instead of just going through the motions. The second thing to consider is, are you using your own body weight to the best of its ability? Obviously, using equipment defeats the purpose of the exercises.

But why do calisthenics at all? It’s simple, while continually working muscle groups with weights and other equipment can be beneficial. Nothing will challenge you more than the use of your own body. What does that mean? It means that not only does calisthenics encourage muscle gain. It is also the reason you’ll see an increase in agility, balance, and coordination. Which leads us into our next little blurb on calisthenics. Why do them by yourself when you can take part in cooperative calisthenics?

When you’re thinking about team building or just pushing yourself and a friend to be healthier, there is nothing better to try than cooperative calisthenics. With cooperative calisthenics, you’re often performing exercises in conjunction with your partner(s). How does it work? Well, it works because not only are you responsible for your own weight at that point, but also your partner’s weight as well.

For example, say that calisthenics on their own no longer feel like a challenge. You may then enlist a friend to workout with you and do the calisthenic exercises. What does that mean for you? That means that instead of doing squats with just your own body weight. The person who you are performing the exercises with will be on your back while you do the exercise. So not only are you lifting your weight, you’re lifting theirs as well.

Still not convinced you need to add calisthenic workouts to your routine? Then let’s take a look at the research behind the exercises.

In yet another study performed on swimmers in 2019, even more breakthroughs occurred for those doing calisthenic exercises. In the study, participants aged 12 to 14 were divided into three groups. One group was to perform calisthenics on solid ground, the second group was to perform them on unstable ground and the third was a test group that only used specific swim training. After eight weeks, participants saw a significant difference in flexibility, speed, and strength.

So what kind of exercises can you perform as a way to improve your flexibility, agility, strength, and balance? Let’s take a look at the most common variations of calisthenic exercises.

There are three exercises that are the most common exercises. The three main ones include push-ups, sit-ups, and squats. All of which are pretty much self-explanatory. But just in case you need a quick refresher, let’s go over the general movements for each.

For push ups, you are face down to the ground. You’ll put your palms on the floor directly under your shoulders. You can do these modified, meaning your knees are on the ground. Or you can do them regularly in which you would be on the toes of your feet. You would then proceed to raise yourself into a plank position and mindfully lower your body while engaging your abdominals and core. You’d repeat this motion as many times as you’d like.

If you do this as a cooperative calisthenics, the person you are performing them with can either put their back to yours and hold onto your waist or they could quite literally sit on your back cross legged. Whichever form works best for the both of you.

Again, an exercise that seems relatively self explanatory. Still, a quick review wouldn’t hurt. So, let’s take a look. First, you’ll want to lay on your back. With your back still on the ground you’ll want to bend your knees and place your feet flat on the ground even with your hips. You’ll then proceed to lift your torso towards your knees by engaging your core and abdominals. Once you’ve reached your knee area you can return to your original position and continue these movements as many times as needed.

Squats are probably the most versatile exercise when it comes to calisthenics. That’s because it can be done several ways be that sumo squats, regular squats, plie squats and so many more. Depending on the squat, you’ll line your knees up somewhere between slightly wider or at the same width as your hips. With a straight back you’ll then dip into a squatted position making sure your knees don’t surpass your toes. Almost as if you were squatting down to sit in a chair. You’ll then straighten back up and repeat this motion as many times as needed.

The only addition to this exercise is if you did it as a cooperative calisthenic exercise. This would be done by hoisting your partner onto your back and using them as extra weight.

How to Up Your Game Working Out

Of course, as with most exercise regimen, the exercises themselves are just half the battle. Making sure that you have the correct nutrition and supplements to support your body is just as important. So where can you go for supplements? How about Paradigm Peptides. We carry high quality research chemicals, peptides, and SARMs to aid you in everything from muscle gain, to skin care, and even healing. Ready to take a look? Click here to learn more about us.