SARMS FOR THE WOMEN BODYBUILDER 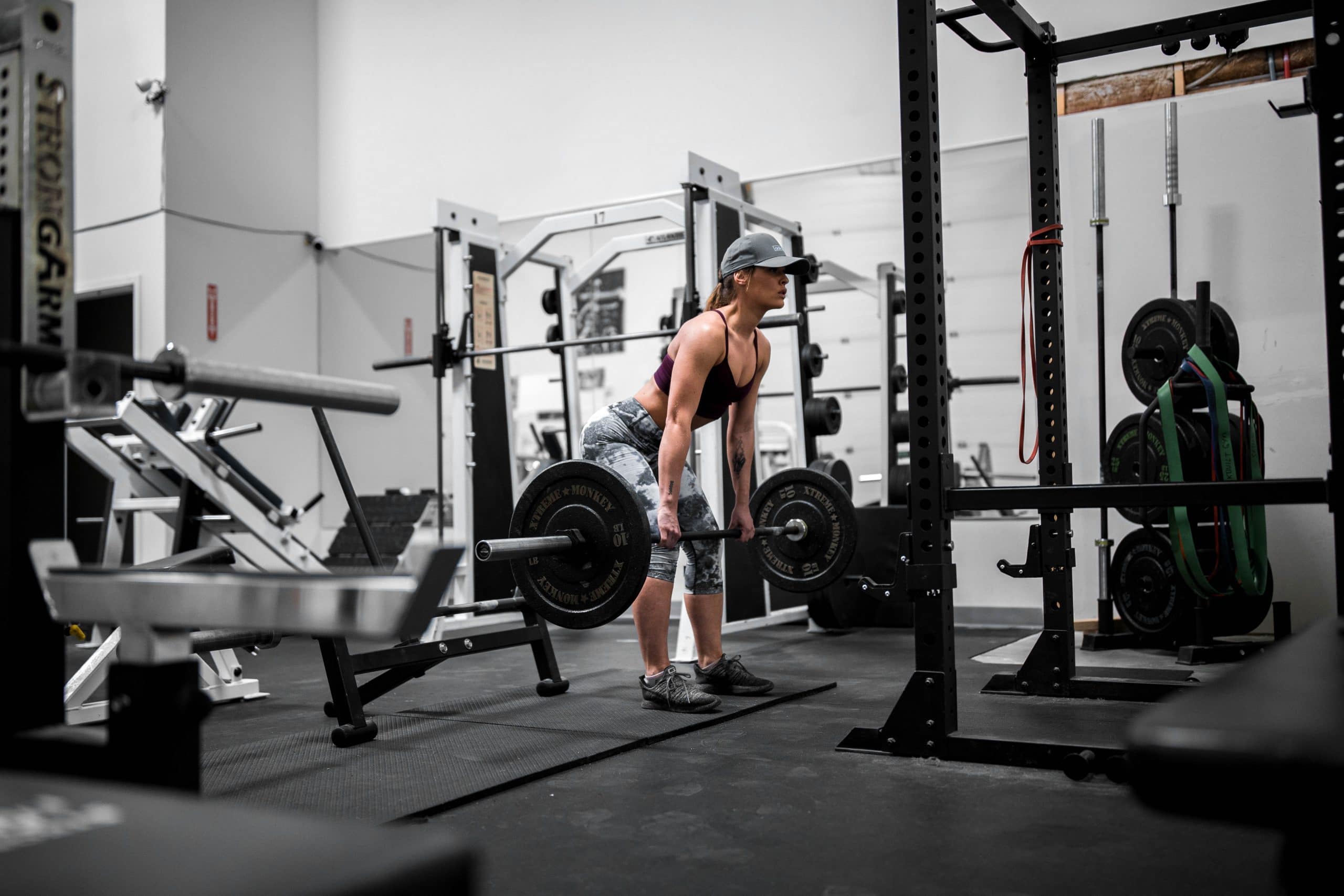 Women have only just cracked the surface of bodybuilding. It’s actually only been a sport for women since the late 70s. So, we’re still pretty young in it. But that doesn’t mean you are any less powerful than the men that compete. But as a female bodybuilder you might want to gain an edge over your competition. How can that be done? With the help of SARMs for women bodybuilders, a more natural variation of performance enhancing compounds. But first a little background on how women broke the bodybuilding ceiling.

For several dozen years, bodybuilding has been considered a male dominated sport. In fact, it wasn’t until the late 70s that it no longer was considered just a male sport. After the feminist movement in the early 70s women were seen as capable competitors in the bodybuilding world. The first competitions for women bodybuilders took place in Canton, Ohio in 1977. Deemed the Ohio Regional Women’s Physique Championship, it was the first of its kind and was judged accordingly. By 1979, an organization known as SPA or Superior Physique Association was formed for women interested in bodybuilding by women. The association shared information on training and diet with their members and held Florida’s first women’s bodybuilding competition.

Fast forward to today and the arena of women bodybuilders has exploded with more and more competing every year. With more and more competition evident, many women are turning to supplements in order to gain a one up. But many don’t want to deal with the side effects associated with things like anabolic steroids. So where should you turn if you’re a female bodybuilder? Why not SARMs for women bodybuilders? These substances are better for you and less likely to cause major issues over use.

When it comes to SARMs, the market it primarily directed towards males. This also means that the female bodybuilder really doesn’t have a starting point on what the correct SARM or dose is for herself. The best rule of thumb for bodybuilding women is to take the dose figured out for men and cut it in half. Most of the time the length of the cycle stays the same, so this really is the only change. Now let’s get into the nitty gritty of what SARMs you want to use if you’re a female bodybuilder.

Our first SARM contender for women bodybuilders is the SARM known as GW 501516 or Cardarine. It has the capabilities of increasing stamina, endurance, strength, and even weight loss in its users. You’d be surprised to know that in technicality, it’s not actually a SARM at all. In fact, it’s a peroxisome proliferator activated receptor delta. This is a fancy way of saying it’s in charge of several biological processes.

But how long is the cycle? A cycle for Cardarine is eight weeks. This means that for the first two weeks you’ll be taking the 5mg dose mentioned above and then for the last six weeks you’ll take the 10mg dose.

Surprisingly, unlike several other SARMs on the market, this particular compound actually does not require a PCT once you complete your cycle. That’s a win-win for you!

LGD 4033 Ligandrol is yet another strong SARM for female bodybuilders. It is more recommended for the experienced bodybuilder over the novice because of its potency. Many women bodybuilders use it as a second or third cycle as opposed to their first ever cycle. This is due to the fact of having a better knowledge of how your body reacts to SARMs in general. In comparison to other compounds, LGD 4033 does tend to aid in faster muscle building.

For women bodybuilders looking for the extra edge in competition, LGD 4033 may be what you need. The nice thing is that you don’t need much to get results. The most common cycle length is six weeks with results showing fast. As a female bodybuilder you’ll only need between 2.5mg and 5mg each day on the cycle. Not only that, LGD 4033 does actually stack very well with our next SARM, Ostarine.

With LGD 4033 a PCT is recommended because of its potency. It is slightly rougher on the body but still completely safe. Something like Clomiphene Citrate or Tamoxifen Citrate is recommended as an option to keep your gains while your body comes down off of the cycle. Keep in mind that most post cycle therapies do last up to four weeks as well.

Get SARMs for women now.

Ostarine is one of the more popular SARMs used by women bodybuilders. This has to do with its mild effectiveness. Studies have been done on both mice and humans alike with similar findings. Ostarine, which also goes by Enobosarm, is a SARM dedicated to muscle growth and strength. It can give you benefits of power, endurance and more when taken correctly. So, what does “taken correctly” mean for the modern female bodybuilder?

Let’s start by taking a look at the average dose for a male bodybuilder looking to take Ostarine. In terms of bulking the typical dose is 25mg per day. This would mean that for women looking to bulk up, a dose of 12.5mg per day is necessary. However, if you’re looking to cut back, the dose for men is usually 15mg to 20mg. So effectively that would mean a dose of 7.5mg to 10mg for women bodybuilders.

Now, as for how long your cycle should be. This doesn’t change from the male cycle length. So, for bulking cycles you’ll want to run it for about three to eight weeks. In terms of a cutting cycle, you’ll want that to land between four and eight weeks instead.

For many bodybuilders, a PCT is just an extra step to ensure your body gets back to normal without losing progress. This makes it no less important though. As a safety precaution, a PCT is recommended with most SARMs even though it may not be necessary. The main thing you’ll want to remember is to take the same amount of time off the SARM as you were using it for. This means that if your cycle was eight weeks long, you’ll want to wait eight weeks before your next cycle.

The female bodybuilder tends to gear themselves towards getting that lean, muscular physique that is so desired by the judges of these competitions. S4 Andarine can help with that. It’s actually able to aid in weight loss as well as gaining a more balanced body. It’s most commonly used in the world of bodybuilding for its muscle gaining abilities. Not only that, for women looking to take S4, you’re less likely to see masculine features pop up while use.

Dosing is much like the other SARMs covered in this article. The only difference is the length of time the cycle takes. The cycle is a ten to twelve week cycle instead of the more common six to eight. The dose for men is 25mg to 30mg per day. That would mean about 12.5mg to 15mg for women.

Yes, for S4 you’ll want to take a four week PCT. However, instead of taking PCTs like Tamoxifen Citrate or Clomiphene Citrate, you’ll actually want to take something known as a SERM. These compounds are essentially an opposite to SARMs in that they are selective estrogen receptor modulators. Once you complete the four weeks in addition to the regular off period you’ll be good to go.

Like other SARMs, SR 9009 Stenabolic is another great product. This SARM is also able to boost stamina and endurance. You’ll also see a decrease in fat and an increase in muscle while using Stenabolic. Not only does it work by itself, it also stacks well with another SARM on this list, LGD 4033. By combining these two, you’ll get the best of both. Learn more about how that combination works when you click here.

Now as for SR 9009 dosing by itself. The SARM actually has a half life of about 4 hours. This means that in order to reap the benefits you’ll need to take it up to four times a day. Keep in mind, this does not mean you’re supposed to take the full dose four time. In actuality, say you’re planning to take between 10mg and 15mg a day which is the recommended dose for the female bodybuilder. You’d need to take about 2.5mg to 3.75mg four times a day for it to be effective. In terms of cycle length, it is very similar to other SARMs in that it’s an eight week cycle.

Although it’s not specified that SR 9009 absolutely needs a PCT once you finish the cycle. It is a recommendation that you do use one as a precautionary. Not only that, but by using a PCT you’ll give your body a bit of a boost while its recovering from the cycle.

All in all, if you’re looking for an edge as a female bodybuilder then these five SARMs can help. They’ll aid in physique, muscle building, and stamina you need in order to beat out the competition. But now that you know about them, where can you get high quality versions of them?

Paradigm Peptides for the Female Bodybuilder

Paradigm Peptides, like many other places online, is a manufacturer of SARMs, peptides, and research chemicals. But one thing we have that the competition doesn’t is the understanding of our clients. We know that you are looking for the highest quality products you can find, and we deliver. All of our products are stringently tested, pharmaceutical grade, and the highest purity possible. This way, you get exactly what you need from what you buy. So, what do you say? Are you a female bodybuilder ready to up your game? Check out our SARMs for female bodybuilders and get started on your journey today!