Bulking & Cutting with the Best SARMs 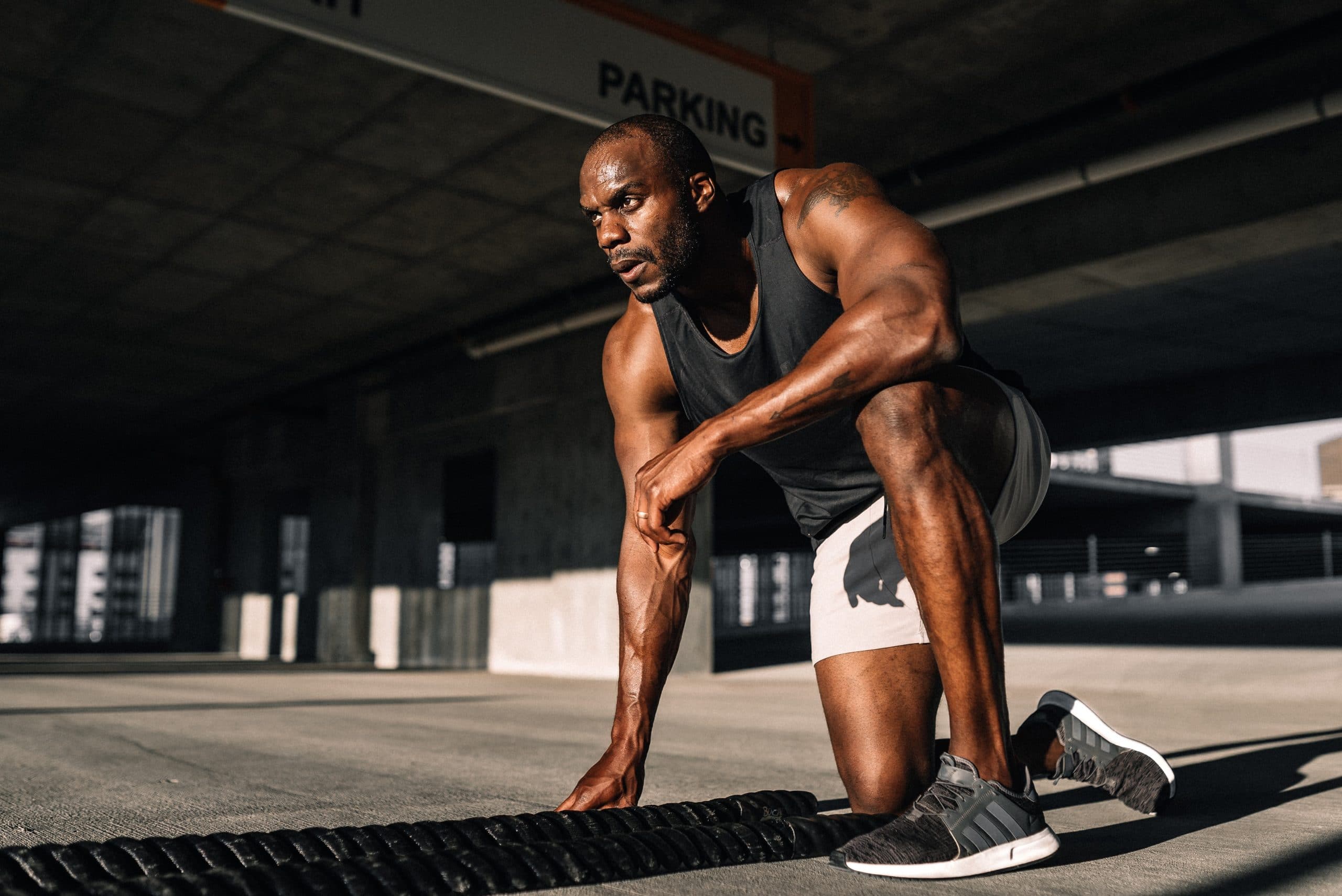 In the world of bodybuilding, steroids tend to take precedence. However, these substances have some pretty bad side effects and can cause extensive damage when not used properly. This is where bulking and cutting using SARMs comes into play. These substances work with your body instead of against it.

When it comes to bodybuilding, one’s mind almost immediately goes to anabolic androgenic steroids. While these substances are more commonly used, a new source of muscle supplement is taking precedence. That supplement is the SARM. SARM is an acronym for the phrase selective androgen receptor modulator. These substances have the chance to change the world of fitness and bodybuilding for the better. These substances are actually said to have the potential to improve muscle wasting, osteoporosis and so much more. Each SARM is selective in nature and only attaches to the appropriate bone and tissue. This makes it a safer option over muscle growth and strength.

What Does Bulking Mean with SARMs?

In the world of bodybuilding the term bulking up refers to an increase in muscle mass. This typically is to be achieved by doing more strenuous workouts. However, in several cases bulking is accompanied by anabolic androgenic steroids. This can be an issue for the users of these substances as the side effects are relatively extreme. However, bodybuilders and fitness enthusiast looking to bulk up can relax as SARMs are becoming the next best thing. Not only are they able to increase muscle on several occasions they also tend to have less negative side effects.

For those looking to bulk up, there are three primary SARMs that are recommended. These three include but are not limited to RAD 140 Testolone, Ligandrol LGD 4033, and Ibutamoren MK 677.

This particular compound is on top based on how effective it is. It is most effective for those looking to gain strength and increase muscle mass. Not only that but because of how it works, recovery is also increased for RAD 140 users. This means that you can get more out of your workouts and at a more consistent rate. For those bulking up for competition this can be the difference between a win or loss.

As with many SARMs, this one is best taken on an eight week cycle. The first week into the second the recommended dose is 10mg per day. Once your body is used to the substance you can increase that dose to 20mg. Keep in mind you’ll want to stay within that eight week span and not exceed the 20mg per day.

Unlike many other SARMs, you’ll need to complete a post cycle therapy regimen once you finish your cycle. This means that for about two weeks you’ll need to take Clomid, Nolvadex, or a Rebirth PCT.

Ligandrol is a close second to Testolone. It still promotes optimal muscle mass. In addition to the gain in muscle you may also notice a reduction in water retention that can sometimes result in bloat.

This compound has a minorly different cycle protocol than RAD 140. In the case of Ligandrol, the cycle length can either be as short as six weeks or as long as eight. Then within the cycle itself the dosage does tend to change. At the start of the cycle a dose of 5mg per day is recommended. Much like RAD 140, this is a method to get your body used to the SARM. Then after the first week or so, you can increase the 5mg to 10mg for the remaining time.

The main difference comes with the fact that unlike RAD 140 a PCT is not necessarily required. However, if you do choose to do the PCT then it would again be the same amount of time.

Unlike the previous two, Ibutamoren has a minorly different method of working. For starters, it is a growth hormone secretagogue. This is just a fancy way to say it help secrete growth hormone which by default raises human growth hormone and IGF 1 levels. It’s a game changer when it comes to bulking because it aids in muscle as well as strength and healing.

Something else to note that is special about this SARM is that it can be taken for an even longer time frame than others. It actually has a better chance of giving top notch results when used for an extended time. That of course is not to say you should take it for several months. In actuality, a recommended cycle of twelve to sixteen weeks at 20mg to 30mg is all you really need.

What Does Cutting Mean with SARMs?

In many cases, bodybuilders and fitness gurus want to build muscle mass up and gain strength. But what if you want to gain muscle but you want to do it while reducing fat. This is essentially what cutting is and why SARMs take such a precedence in this category. Because of how they tend to work, you can easily gain muscle and lose the fat. This is due to their selectivity.

Like SARMs for bulking up, cutting SARMS are a new forefront for bodybuilders. Three of these compounds seem to be making headway over the others. These three include Ostarine MK 2866, Cardarine GW 501516, and Andarine S4.

Ostarine is an enobosarm. This in part makes it one of the best options as a cutting SARM. It was actually created as a way to fight muscle wasting. However, once the bodybuilding community got wind of its capabilities it became so much more. It aids in the preservation of lean muscle mass especially during say a deficit in calorie intake.

Like many other SARMs, Ostarine is taken on an eight week cycle. However, it can actually be taken for as long as twelve weeks. Either way it starts off with only 10mg per day. Once the body gets used to it, you can up that dose to 20mg.

Next up is Cardarine GW 501516. Unlike in bulking, when it comes to cutting you are also working to lose the excess fat. With the help of this SARM you can achieve just that. It aids in endurance and overall strength development while also reducing fat within your body. This by default gives you lean detailed muscle mass.

Last but not least is Andarine. It is a fairly potent SARM and typically starts working instantaneously. It works to increase lean muscle mass and strength. Because it is a more potent variation of SARMs, many bodybuilders do tend to use a PCT with it. Again, like before this usually is a two week span where you take a supplement to aid your body in recovery.

As for what dose and how long the cycle is, we’ll touch on that now. The cycle can go as few weeks as four or as many weeks as eight. In terms of dosage, 25mg is the starting dose each day. Once your body adjusts, the dose then goes up to 50mg a day.

Keep in mind no matter if you’re bulking or cutting, you’ll want to use the various doses in this article as a starting point. All of which are meant for use of a male bodybuilder. That being said, as a female bodybuilder the best rule of thumb there is, is to cut the doses in half and shoot for the shortened cycle lengths when possible.

Stacking is a common practice for both SARMs and peptides alike. By stacking you get the best of both products and in various ways. Just because two SARMs do the same thing, doesn’t mean they use the same method to achieve it. Some may be selective when it comes to tissue while others may attach themselves to strengthen bone. That’s why several individuals tend to stack these various compounds.

Whether you are looking to start bulking up or if you sheerly want to shed the extra fat and gain a lean muscular physique. These six SARM variations can help you hit your goals quickly and more effectively.

Paradigm Peptides for Bulking and Cutting

Bulking up or cutting down are two highly sought after goals for bodybuilders looking to land their first win in a competition. But knowing exactly which one is needed and how quickly you need results is key to achieving those goals. That is why instead of using substances that can cause you more harm than good, SARMs should be your number one choice. Not just any SARMs either. Paradigm Peptides manufactures high-quality SARMs for sale, each of which goes through stringent testing before we even put them on the market. All of which are pharmaceutical grade so that you know you’re getting the best bang for your buck. So, what do you say? Are you ready to start your journey on either cutting or bulking up? Then let’s go!