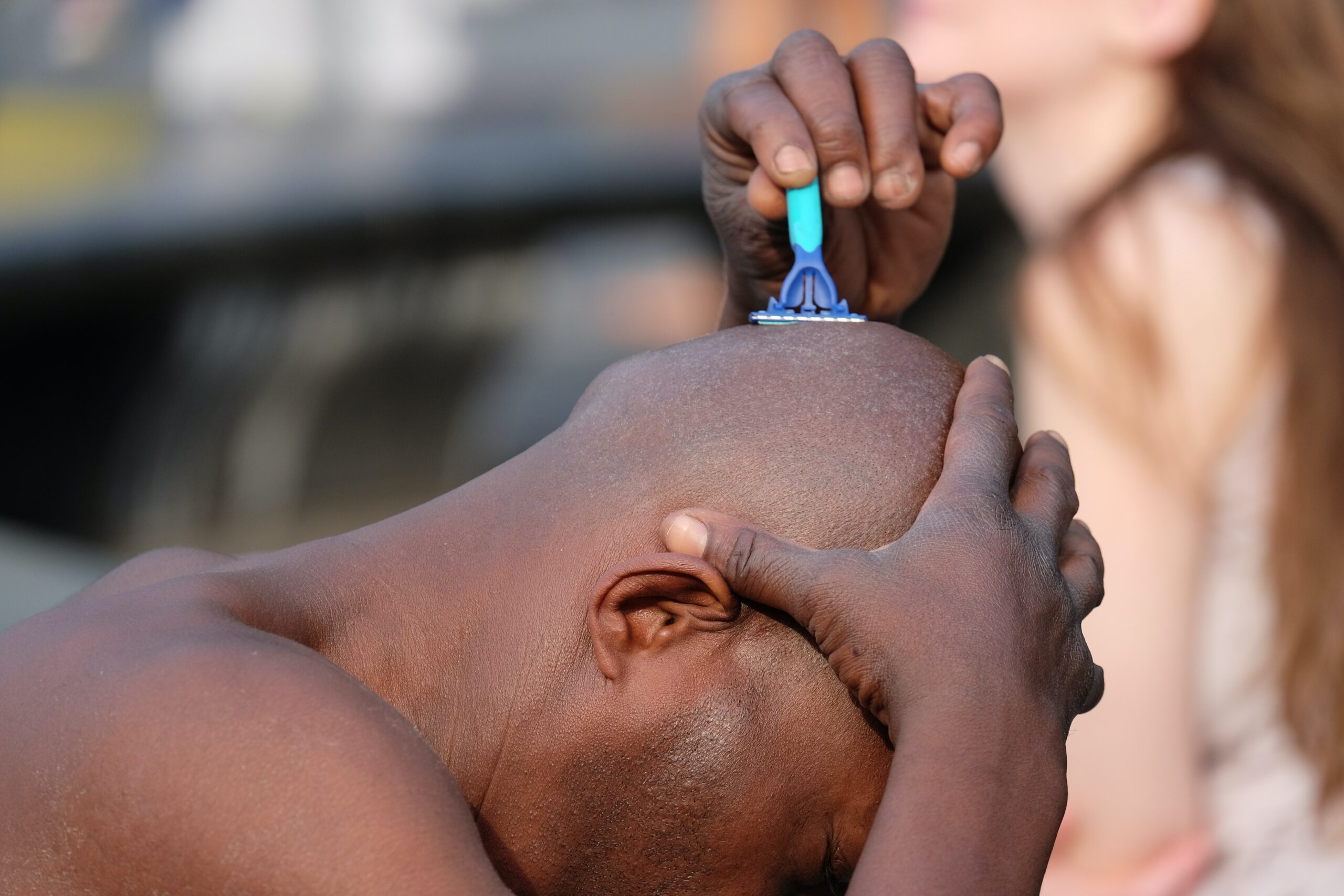 Posted at 15:10h in Uncategorized by Christy Pyrz 0 Comments
0 Likes

Hair loss can be devastating for the person experiencing it. Not only does it affect your appearance, but it can also affect your confidence in yourself. Especially if you are still on the younger side. In this situation you have two options if you’re a man experiencing hair loss. You can either give in and accept it, maybe even shave your head. Or you can combat it with the help of the research chemical known as Finasteride.

Finasteride sold under the brand names of Propecia and Proscar, gained its patent in 1984 and approved for use in the medical field in 1992. It is a medication used to treat enlarged prostates as well as male hair loss. For women, this medication has an opposite effect as it can treat excessive hair growth. It is also a treatment for hormone therapy in transgender women.

Dihydrotestosterone is an endogenous androgen sex hormone. It forms from testosterone in the prostate gland, skin, hair follicles, liver, brain, and seminal vesicles. This version is even more potent than testosterone on its own as an agonist of androgen receptors.

When it comes to Finasteride, many bodybuilders use it for one of two reasons. The first being that because of excessive anabolic steroid use the user is experiencing hair loss. The second reason being that it has shown an affinity to mask the use of these same steroids.

The proper term used for male pattern hair loss in men is androgenetic alopecia. This condition is typically caused by androgen dependent miniaturization of scalp hair follicles. In laymen’s terms this means that the hair production is greatly reduced. Dihydrotestosterone is the primary cause of this.

The goal of the treatment in question was to determine whether or not Finasteride could help with male pattern baldness. Two, one year trials proceeded with 1,553 men. These men between the ages of 18 and 41 experienced male pattern hair loss.

The men in the treatment group took 1mg of the substance per day. Those that were in the placebo did not receive treatment. Of the 1,553 men, 1,215 took part in the second year of study.

At the conclusion of the study, the treatment was said to have worked. The men given the treatment had improved scalp hair and slowed hair loss. There was a significant increase in hair growth and the new hair looked healthier.

For women, there is nothing more irritating than dealing with excessive hair growth. Hirsutism is a type of hair growth resulting in a darker coarser hair that appears on the face, chest, and back of women. Typically, this results from an overabundance of androgens in the body.

Eighteen women took part in a single blind study to see if Finasteride was the answer to their problem. Of the women half were treated with 7.5mg of the substance over a nine month period. The others were in the placebo group. In order to keep track of hirsutism scores, serum basal gonadotropin, androgen, estrogen, and SHBG; the participants levels were evaluated before beginning the treatment as well as every three months during.

Once the treatments were complete it was determined that the hirsutism scores had significantly improved with those receiving treatment. Other levels recorded didn’t seem to change as significantly. Therefore, those that suffer from idiopathic hirsutism can potentially use Finasteride as a treatment option.

An enlarged prostate, known medically as benign prostatic hyperplasia or BPH occurs as men age. This condition can cause issues with the urinary tract as well as the kidneys. In most cases this is not a condition that leads to prostate cancer. However, the symptoms are often extremely uncomfortable for the individual.

In a double blind study done with 895 men, the effectiveness of Finasteride was tested as a treatment for BPH. Three groups formed the study with one group taking 1mg, one taking 5mg, and the third being a placebo. The treatments occurred over a years’ time.

By the end of the study, the men receiving 5mg of the substance saw the most significant difference in their symptoms. There was less obstruction, an increase in their urine flow, and the prostate decrease in size.

As with most chemicals, Finasteride also comes with some side effects. The more common variations include things like a decrease in sex drive or libido, erectile dysfunction, ejaculatory dysfunction, depression, a possible increase in breast size as well as skin rashes. However, most of these side effects are mild in nature and dissipate with use.

In the even that the side effects don’t disappear over time, you’ll want to consult your physician.

In rare cases, swelling can occur which is usually an indication of an allergic reaction to the substance. Other side effects include nipple discharge and lumps in the breast.

If these side effects occur contact your physician immediately for further instruction on what to do.

Like in most situations, weighing the pros and cons against each other can help you with the decision of whether or not Finasteride is right for you. However, in many cases, the pros outweigh the cons. So are you ready to reverse the effects of male pattern baldness and get your full head of hair back? Read on to learn about Paradigm Peptides and how we can help.

When looking for a top place to buy research chemicals, Paradigm Peptides holds its own to its competitors. All of our products are pharmaceutical grade and lab tested to ensure you’re getting the best. Our research chemicals are no different, we have everything from substances to help with your sex life all the way to helping you with brain health. Learn more on our blog page or if you’re ready to start your journey with Finasteride today then head over to the product pages and get your order in now.