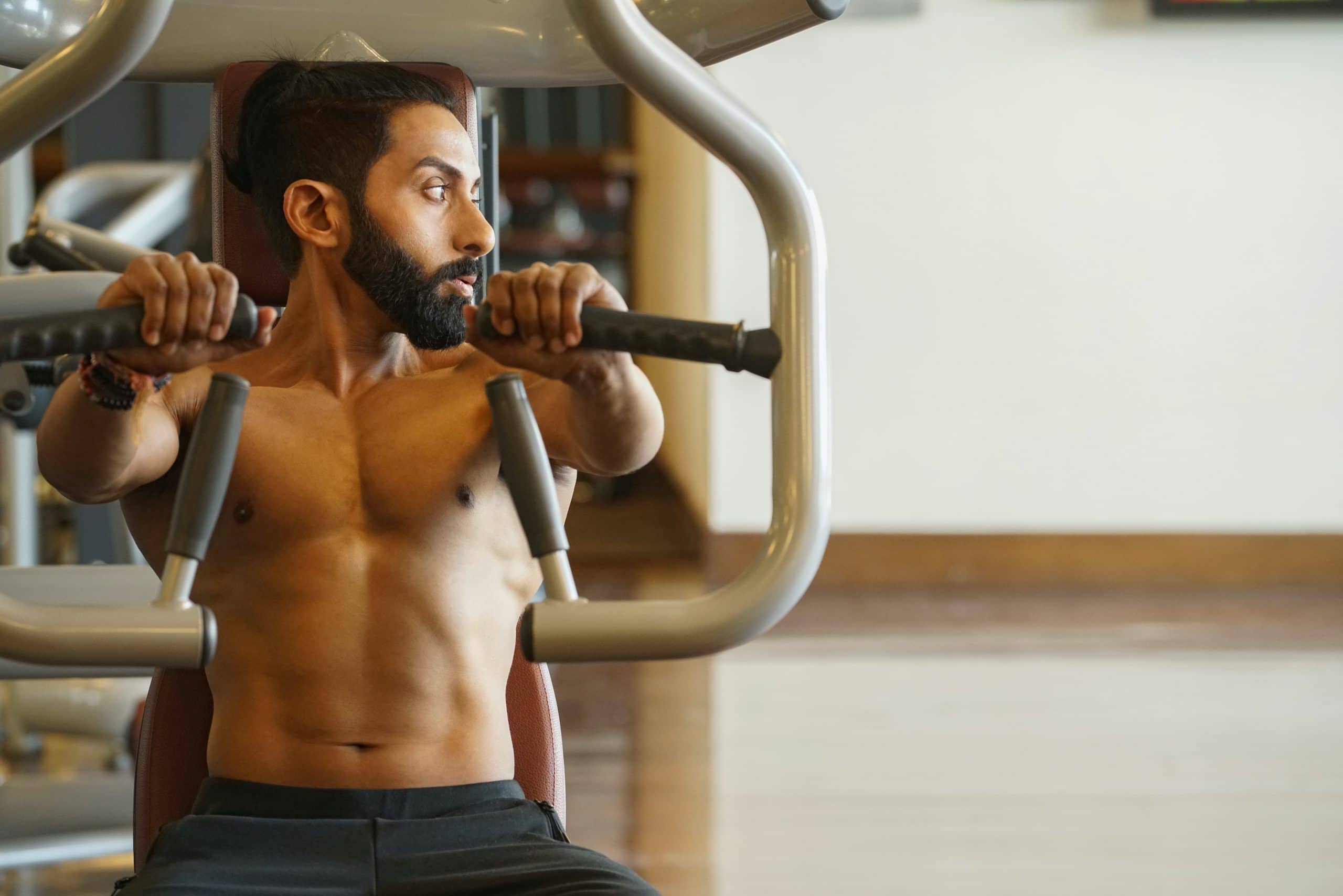 Posted at 14:13h in Uncategorized by Christy Pyrz 0 Comments
0 Likes

Since bodybuilding became a sport, the performance enhancement market has blown up. With it, ways to beat the side effects have also blown up. That is why post cycle therapy has become a thing of the now. For those athletes that use anabolic steroids, the benefits are fantastic. Except, the benefits come at the cost of health in some situations. That’s where SERMs, more specifically, Tamoxifen Citrate becomes a key to reducing the negatives to benefits from the positives.

Selective androgen receptor modulators or SERMs are not to be confused with SARMs or selective androgen receptor modulators. The substances themselves are revolutionary in the medical field. They have the ability to help in many areas much like SARMs and peptides. However, SARMs and peptides are used by bodybuilders for various reasons. SERMs are used by bodybuilders but for a different reason. They are used to treat the side effects of anabolic steroids.

Outside of the fitness realm they are also used for various medical reasons. Some of these reasons may include ovulatory dysfunction and postmenopausal osteoporosis. Tamoxifen Citrate is one of the more popular SERMs used by bodybuilders.

Nolvadex, or Tamoxifen citrate, is commonly one of the first defenses for an array of medical conditions. Most recently it is used in the first line defense treatment of ER positive metastatic breast cancer. Of the many versions out there of breast cancer, this is one of the more lethal types. This is the point in which the cancer spreads to the surrounding areas like the lungs and bone.

So, what does this have to do with bodybuilding or fitness in general? You’d be surprised. Individuals that use anabolic steroids tend to deal with some nasty side effects. When bodybuilders and fitness enthusiasts start to notice these effects, SERMs like Tamoxifen Citrate can help. They reverse some of the effects or block them all together.

It is beneficial in the fitness world because of the fact that it can effectively block estrogen production. By doing so, the body can more freely create testosterone and help build muscle. However, if you are planning to use deca-durabolin or trenbolone then this PCT may not be the right choice. This is due to the fact that it can sometimes have an adverse effect towards progesterone steroids.

At the onset of steroidal side effects, Tamoxifen is usually employed at small doses. In other words, when you start to notice things like a sensitivity or soreness of your nipples it may be time to think about your PCT. The nice thing is that this particular substance blocks estrogen receptors. That means there is less of a chance you’ll develop breasts as a man.

Starting from the beginning, it was founded in 1962 by a chemist named Dora Richardson. She was part of a group researching these set of substances at the time. The company was mainly focused on anti-estrogen compounds throughout the 50s. Once found, it went by the code name ICI-46 474.

Originally, Tamoxifen Citrate was only formed as a way to inhibit estrogen. However, it was also found through testing that it worked as a stimulator of ovulation as well.

Once found in 1962, a patent was filed in the United Kingdom for the substance. However, the United States wasn’t as easy to convince. A patent was denied up through the 1980s.

Once it finally gained approval, it was only approved as a treatment for fertility related issues. However, over time, scientists and those running trials realized that it was a less effective treatment. It wasn’t until later that Tamoxifen Citrate showed an affinity as a treatment for gynecomastia and breast cancer.

It continues to be a top contender in the realm of health and fitness because of its lack of major side effects. Then in the late 90s, it was finally recognized for its ability to save lives in early breast cancer patients.

For women and men as they age, bone fractures become a common issue. It is especially prevalent in those women who experience osteoporosis. Common treatments for postmenopausal women are available but what if those same treatments could help with bone strength too? This is what this first study set out to understand.

In a two year, randomized study, Tamoxifen Citrate underwent studies to test its long term effects on lumbar spine bone mineral density. The study consisted of one hundred and forty individuals. At the five year check in, the participants were reexamined for any significant changes. Those that had undergone treatment, had better preserved bone mineral density as opposed to the control group. This is a positive as this could mean the participants were less likely to experience fractures do to aging.

When it comes to the number one reason a PCT is important, Gynecomastia is a pretty good reason. Gynecomastia, or the development of “man boobs” is a condition where there is an imbalance between testosterone and estrogen. In this situation, anabolic steroids are usually the culprit for bodybuilders.

Those looking for an edge or to enhance their performance abilities quickly typically use these substances to gain the extra edge needed. However, if taken in excess they can create more problems than they’re worth. This is where a post cycle therapy comes into play. In this case, using Tamoxifen citrate to combat gynecomastia.

Participants in a double blind study received Tamoxifen Citrate for a single month. The tablets were 10mg strength. In the study, seven of the ten men given the actual substance saw a significant decrease in their gynecomastia symptoms. Overall, all of the patients saw some level of decrease in their symptoms. However, those given the treatment saw a greater difference.

Several options exist for the purpose of being a post cycle therapy regimen. When looking for the right one, it can become overwhelming. Especially when you consult Google and get back millions of results. How can you know which one is right for you?

The good thing is that you know Tamoxifen Citrate is right so long as your not taking it as a PCT for deca-durabolin or trenbolone since it wouldn’t be the right fit. But what sets this PCT apart from other PCTs? Well, rather than being something called an anti-aromatase, it is a selective estrogen receptor modulator. This means that it is more selective in nature.

The most common benefits you can reap from this particular PCT is that it has shown the possibility of aiding in fat burn. Not only that, it reduces water retention and can even help regulate your immune system. All of this on top of treating symptoms of gynecomastia, why not try it out?

In terms of side effects, they are a possibility. However, they are not as common as with other substances. Some of the side effects may include things like hot flashes, irregular or missed periods for the women of the bodybuilding world, nausea or vomiting, blurred vision, or numbness. So long as you take the correct dosage, these side effects could be avoided.

When trying to figure out the right dose for the purpose of bodybuilding and fitness it can get confusing. Most websites out there have the correct dose for breast cancer listed only. For some, this dose may be effective enough; however, for others this dose may do nothing at all. The most important thing to take into account is the type of steroid you are trying to recover from.

As mentioned before, Tamoxifen Citrate won’t be the best option for deca-durabolin or trenbolone. Another thing to think about is, are the steroids orally taken, long term injections or short term injections?

For those that are taking their steroids orally, it is recommended to begin your PCT regimen directly after you complete the cycle. This will ensure that you get the best results. When using a short term injection as opposed to taking steroids orally, you’ll want to wait at least four to seven days before starting your PCT. As for long term injections for steroids, it is typically recommended to start your post cycle therapy regimen ten to fourteen days after you finish your cycle.

The most common cycle for post cycle therapy regimens is at least four weeks. This is true of Tamoxifen as well. The most common dose is 20mg per day for the first two weeks and then a reduced dose of 10mg for the remaining two weeks. These doses are true no matter which category you’re under in the previous paragraph.

So, you’ve read everything there is to know about SERMs and Tamoxifen Citrate, are you ready to start your post cycle therapy regimen? Not sure where to buy it from. Read on to learn all about Paradigm.

Trying to find the right PCT for you can be taxing. You start to do your research but there are so many types out there that it all becomes one big jumbled mess. Paradigm Peptides works hard to ensure that you’re getting the right information and gaining the proper knowledge so that you can make the best choices for you. With a customer service team that is knowledgeable in all things peptides, SARMs, and research chemicals, you can rest easy knowing that you are getting the best service around. So, what do you say? Are you ready to start your Tamoxifen Citrate PCT journey today?