What SR 9009 Stenabolic Can Do for You 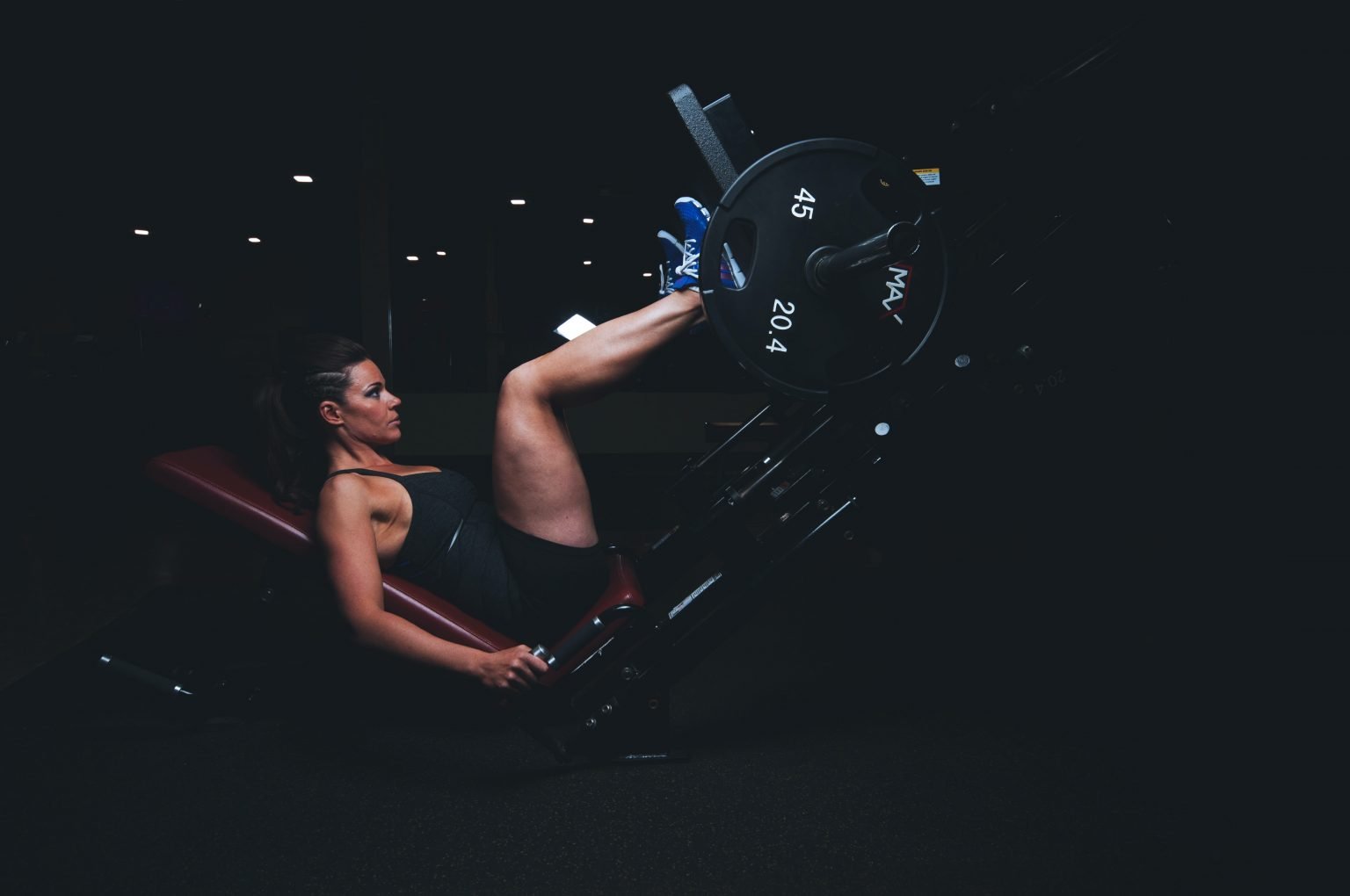 Nothing Left in the Tank? What SR 9009 Stenabolic Can Do for You

It’s already close to the middle of 2020 and with gyms being closed in most places, what can we do? Most bodybuilders, workout gurus, and fitness addicts have turned to working out at home. May that be in their garage, basement, or living room.

But while maintaining a somewhat normal routine, you can start to feel burnt out. How do you fix that? SR 9009 Stenabolic. Not only can it help you gain muscle faster, it can also give you the boost of energy you need to power through working at home or getting your workout in while you’re stuck at home during quarantine.

SR 9009 SARM was developed by Professor Thomas Burris of the Scripps Research Institute in California in 2012 with the intent of studying its effects on circadian rhythm. It works by activating the REV-ERB which consists of NR1D1 and NR1D2.  REV-ERB is a member of the REV-ErbA family of nuclear receptors and can be found in the liver, muscle, and fat tissue within the body. With its main function being transcriptional repression, it is able to bind to specific sites on your DNA and prevent transcription, or the copying, of nearby genes.

Over time the SR 9009 SARM has been tested for an array of various treatment options, and although no human trials exist to date, those done with animals have shown an affinity for several medical possibilities. For example, in trials done with animal species, it has been discovered that SR 9009 Stenabolic has the possibility to increase oxygen consumption, decrease the production of cholesterol cells in the liver, and even decrease fat storage.

Because of the positivity that surround SARMs in general as a safer substitute for steroidal treatment, SR 9009 Stenabolic has been researched and studied profusely in the last few years since its existence began. With things like the treatment of cancers and reduction of cholesterol cells under its belt, it’s only a matter of time until this SARM hits the big leagues.

Have you ever heard of something called small-cell lung cancer? For your sake, I hope you haven’t. SCLC is a fast growing form of lung cancer that is typically caused by smoking. It starts in the bronchi and soon spreads creating large tumors throughout the body. Sounds pretty gnarly, right?

In a study done that was published March 2020, using chemo-sensitive cells and chemo-resistant cells SR 9009 Stenabolic was tested for its efficacy to treat SCLC. In the treatment process, both types of cells were treated with increased concentrations of SR 9009 over a seventy-two hour span. The results were dose dependent and cytotoxicity was induced in both chemo-sensitive and chemo-resistant cells.

In other words, SR 9009 may be able to be used as a line of treatment for SCLC and alleviate cancer progression. The other major finding of this particular research was that SR 9009 SARM also had the ability to decrease migratory behaviors of cells meaning that in cancer patients, this could help slow down the spread.

Mice are a common test subject across the science community; therefore, it comes to no surprise that in this study, diet induced obese mice were tested for the effectiveness of SR9009 Stenabolic on obesity. In the study, mice that were administered SR 9009 Stenabolic experienced effects on the cholesterol and bile in the liver as well as an increase in both lipid and glucose oxidation.

Mice that were placed on a high fat diet over the course of 14 weeks were then placed on a dose of 100mg/kg-1 that was administered twice a day for six days of SR 9009 Stenabolic. In the mice treated with this regimen, weight loss was recorded at 60% higher than the control group. On top of this, there was a 12% decrease in plasma triglycerides and a 47% decrease in plasma total cholesterol.

Looking to use SR 9009 Stenabolic in your own research? SR 9009 has already been used in studies for small-cell lung cancer and metabolism research. Find out what it can do for you. Buy SR 9009 and start studying the benefits for yourself. 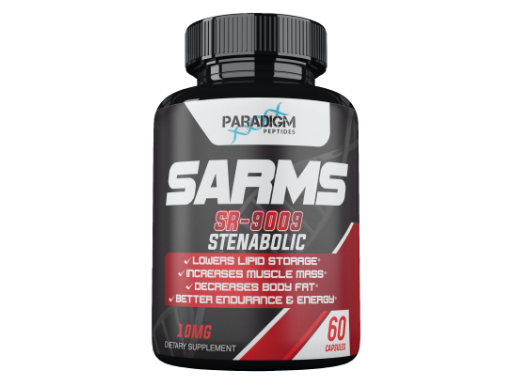 There is a long list of the potential benefits of using SR 9009 Stenabolic. Since all research has basically been done using lab animals, most of the benefits recorded are by bodybuilders and fitness addicts.

Those that have used SR 9009 Stenabolic have experienced things like weight loss, positive changes in blood cholesterol levels, better endurance, a decrease in inflammation, and even lower anxiety.

SR 9009 Stenabolic is a fairly simple SARM when it comes to dosage and cycle length. Like most other SARMs, the length of the cycle is eight weeks with the dosage recommendation between 20mg and 30mg per day.

Since Stenabolic is known to have a half life of roughly 4 hours. There are some that recommend taking it spaced out throughout the day. For example, if you’re taking 30mg, which is on the higher end of the dosing protocol, you would take roughly 7.5mg every four hours.

Even though some live by this rule, it isn’t something that you have to implement in order to gain faster results.

When looking to stack SR 9009 as a bulking stack, pairing it with LGD 4033 and RAD 140 seems to be a viable stack to use. By using the combination of these three SARMs, you’ll be able to gain lean muscle and increase endurance. The stack is an eight week cycle and will need a PCT once completed for four weeks.

If your looking for a SARM stack that is mainly focused on cutting back fat, then pairing SR 9009 and Andarine will do the trick. In the world of SARMs, Andarine is known to maintain lean muscle as well as increase muscle growth at a fast pace. Therefore, pairing it with SR 9009, which has a primary function of creating lean muscle without muscle wasting creates a one of a kind stack. The stack cycle length is again eight weeks.

Keep in mind that in most if not all cases, when either doing a SARM on its own or in a stack, it is recommended that a PCT is followed as well as a rest period where your body can recuperate from the SARMs you are taking. For example, if you are doing an eight week cycle, upon completion of that cycle, you are going to want to take eight weeks off.

Now you’re probably thinking, okay so where do I go to get these SARMs. I don’t want to get scammed out of my money and not reap the benefits of SR 9009.

Many places online sell SARMs and peptides, so how do you know where to buy SARMs that are a high quality? At Paradigm Peptides, we supply only the best SARMs, peptides, and research chemicals for our customers. With our manufacturing happening right here in the United States, there is no worries about where your products are coming from. Ready to start your SARMs journey today? Then what are you waiting for, head over to the product pages and get your SR 9009 journey started.