Bulking and Cutting: The Best of Both Worlds with Ostarine MK 2866 | Paradigm Peptides Skip to content

Bulking and Cutting: The Best of Both Worlds with Ostarine MK 2866 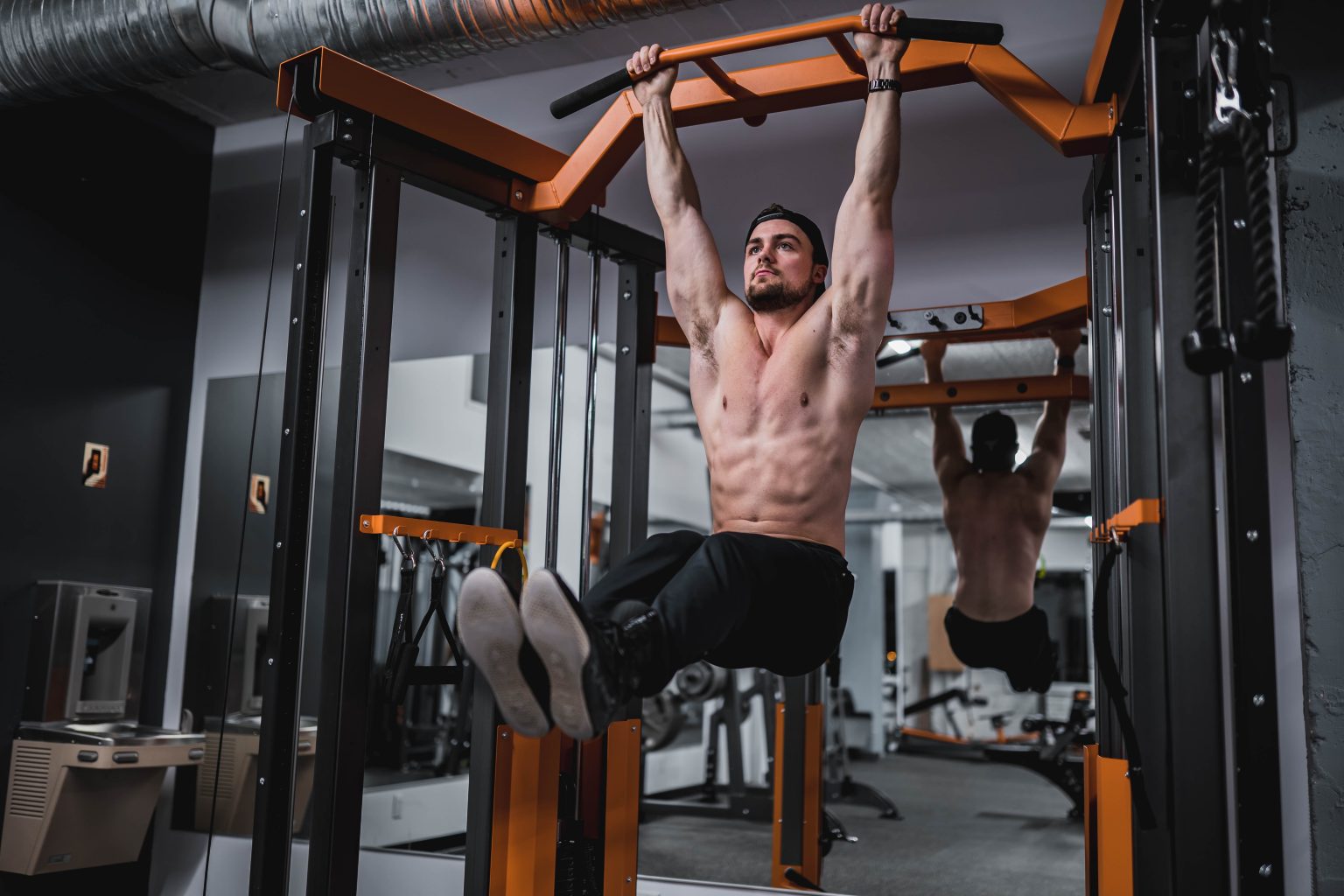 Bulking and Cutting: The Best of Both Worlds with Ostarine MK 2866

In the bodybuilding world, beginners as well as professionals are always looking for ways to bulk up or slim down efficiently. With the introduction of SARMs, this has been even more achievable since unlike anabolic steroids, you don’t have to worry about the negatives as much. Ostarine MK 2866 is no different. This SARM can help you in many ways from bulking to cutting and more!

Ostarine goes by several names, including GTx 024, MK 2866, and enobosarm. It was developed by GTx to combat muscle wasting and osteoporosis. This SARM has commonly been mistaken to be part of or linked to Andarine, which is a completely different SARM. But what is a SARM? A SARM, or selective androgen receptor modulator, is a substance that only connects to bone or muscle tissue.

GTx was founded in 1997 and obtained the licensing rights from the University of Tennessee. From there on, they went to work with trials in all three phases. One trial occurred in 2007 and was a phase two trials at that stage. After a short time of having a licensing agreement with Merck & Co, GTx moved on to other trials to see what effects MK 2866 had on other aspects of life.

In a trial done with 60 elderly men with a mean age of 66 and 60 postmenopausal women with a mean age of 63, Ostarine was used as several dosages to see the effects it would have on the aging individuals. This study was a precursor for a study that would later be conducted on those with cancer cachexia. The men and women were divided into five groups, one of these five groups were the control, or placebo group and didn’t receive the treatment of Ostarine. The four other groups got dosages of 0.1mg,0.3mg, 1mg or 3mg over the course of three months. At the conclusion of the study, it was concluded that the increase in lean muscle mass was dependent upon the dosage the participant received. For those in the 3mg per day group, it was shown that there was an increase of 1.4kg. Those that received the various dosages of ostarine also experienced an improvement in both speed and power when make to use a stair climber.

Looking for Ostarine MK 2866? Check out the Paradigm Peptides online store. We carry a wide range of peptides and SARMs, including MK 2866. Learn how this SARM can help increase stamina and strength. Shop our store for all your research needs today. 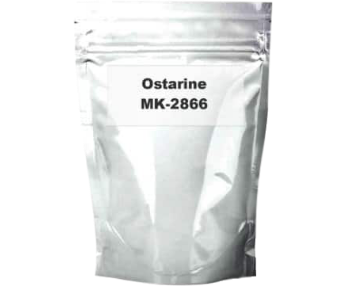 When using SARMs in general, many times the pros outweigh the cons, in the case of Ostarine, this is no different. Because of its versatility in being able to help bulk, cut, or aid with body re-composition, the benefits are worth the potential cons. Benefits of using Ostarine include things like increased stamina and energy, lean muscle mass, strength increase, and an increase in the bone density within your body.

Side Effects of Ostarine MK 2866

Although not as bad as using anabolic steroids, some side effects do exist for SARMs. In the case of Ostarine, this is limited to mild cases of stomach pain, constipation, diarrhea, headaches, nausea, or fever. Ostarine has also shown to cause reversible damage to the liver as well.

Something to keep in mind is that if you are pregnant, or are planning to become pregnant, Ostarine may not be the SARM for you and is not recommended for use in this situation. It’s also important to note that if you have had any issues with your liver, you should not take Ostarine because of the aforementioned damage it may cause to your liver.

Prior to learning about stacking with Ostarine, it is important to understand how to take MK 2866 on its own. Especially because doses vary depending on what you are trying to accomplish as well as if you are a man or woman.

For bulking up, cycles of just Ostarine typically run anywhere from three to eight weeks. In that time frame, men using Ostarine are recommended a steady dose of 25mg per day. Now, in most cases, when a woman uses a SARM, the dosage is halved. However, in this case, 10mg per day is recommended for women using Ostarine.

If you are looking for a cutting dosage, then the cycle changes a bit, landing between four and eight weeks. For women, the cycle dose is roughly 7.5mg to 10mg. For men, the dosage is a bit higher, ranging from 15mg to 20mg.

Finally, if you are just looking for a dose that with aid with body re-composition, the dosage for this is also in a range format of between 12.5mg and 25mg at a cycle length of four to eight weeks.

In many of these situations, it is recommended that once you complete your cycle that you also complete a four weeklong post cycle therapy. Not only do you want to complete a PCT, you’ll also want to give your body a break for the same duration that you were doing the cycle for. So, in other words, if you completed an eight weeklong cycle, you’ll want to rest your body for eight weeks before starting a new cycle.

There are several stacks that exist with Ostarine MK 2866 being one of the compounds. These stacks are for those looking to cut, bulk or just want to understand the concept of stacking when first starting out.

For stacking Ostarine and Cardarine, this combination becomes a cutting stack. The cycle lasts eight weeks with ostarine being at a steady dose of 20mg per day and cardarine having a dose of 10-20mg per day. Once you complete the eighth week of the cycle, you will want to use the next four weeks for post cycle therapy.

The next stack is another one that is simple enough, this stack includes Ostarine and Ligandrol, also known as LGD 4033. This stack is more on the bulking side of stacking and is a little more complex than the first stack mentioned. The cycle for this stack lasts eight weeks as well; however, unlike the stack of Ostarine and Cardarine, the dosages change. For the first week, Ostarine is at a dosage of 10mg, once the first week is completed, the last seven weeks bumps Ostarine up to 20mg per day. Like Ostarine, LGD 4033 starts off on the lower side at 5mg per day. After the first week is completed, LGD 4033 then gets boosted up to 10mg per day and just like the Ostarine and Cardarine cutting stack, you will want to have a four week PCT after completing the eight weeks.

Finally, if you are a woman in a man’s world, don’t worry, stacking is not out of reach. Most dosages are divided in half when it comes to stacking for women.

One of the most prominent stacks for women is one that includes Ostarine and Andarine. It’s true these two are different, but when paired together they create wonders. Unlike most of the stacks above, this stack is only a six week cycle and is an exception in the fact that because of the lowness of the doses, a PCT is not necessary. For this stack women will want to take 5mg per day for the first week of Ostarine and then bump that up to 10mg for the remaining five weeks. As for Andarine, it also starts off at 5mg per day for the first week and bumps up to 10mg for the last five. Easy enough.

Ready to start your journey with Ostarine MK 2866 but not sure where to go? We can help with that too!

One Stop Shop for Bodybuilding

Paradigm Peptides is a literal one stop shop for bodybuilders, fitness addicts and workout gurus. At Paradigm Peptides, you can expect nothing less than pristine high quality SARMs, peptides, and research chemicals for all your health and wellness needs. Not sure if MK 2866 is right for you? Read up on other peptides, research chemicals and SARMs for sale in the blog? Have questions? The customer service team is there to help you through the process. Head on over and start your SARMs journey today!

Get Ostarine MK-2866 From Paradigm Peptides

1 thought on “Bulking and Cutting: The Best of Both Worlds with Ostarine MK 2866”